Let Shine Until Tomorrow Be Your Next Read

What do you get when you combine the Wizard of Oz with Back to the Future? You get a delightfully nostalgic romp in Shine Until Tomorrow (Rare Bird Books, 2020) by Carla Malden. 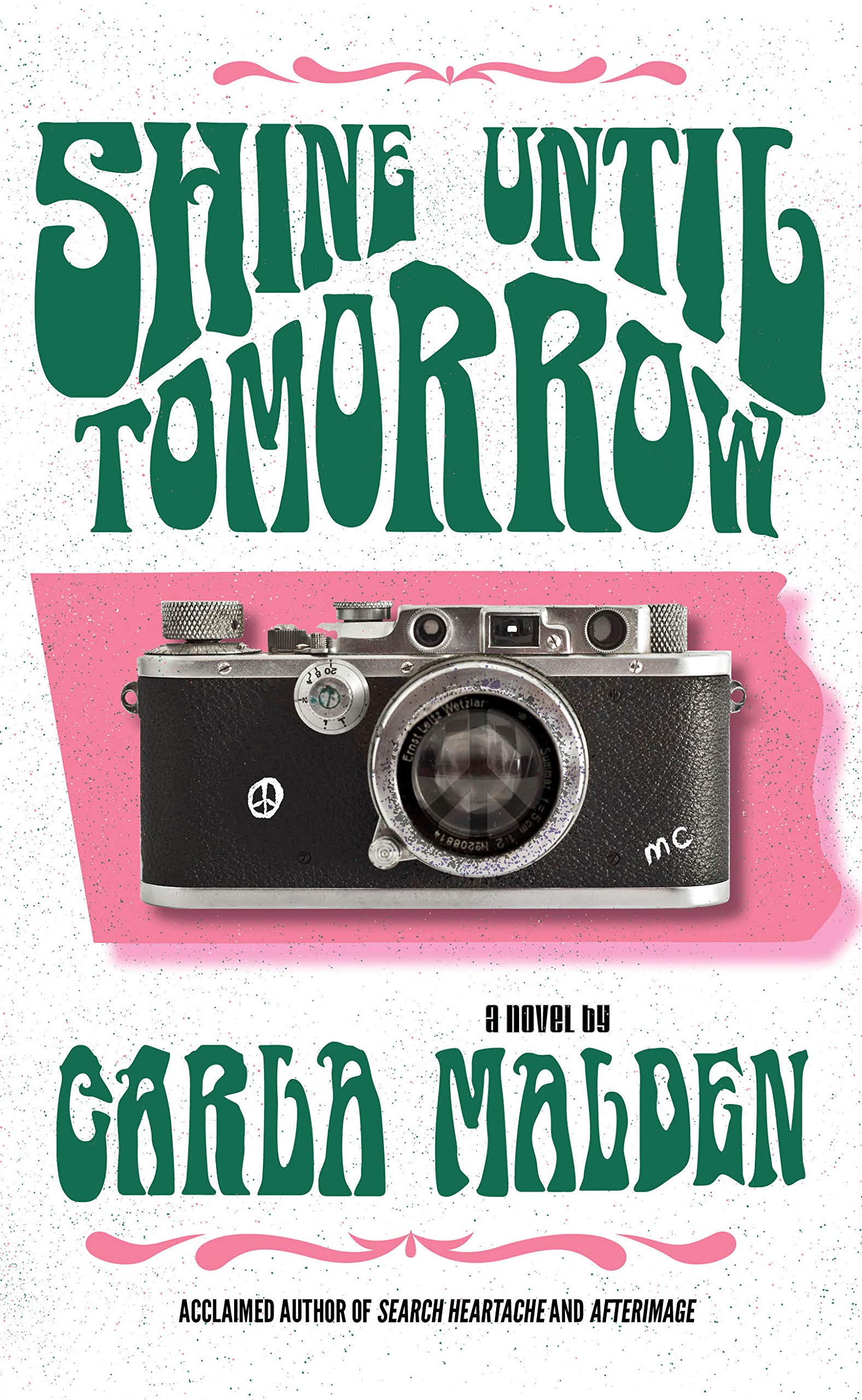 Through the eyes of Tamara Caldwell, a.k.a. Mari, and the lens of her vintage Leica camera, we behold a coming-of-age tale about a teenager so preoccupied with her future that she must travel back in time in order to accept her life today.

Unable to come to grips with her parent’s broken marriage and with her inability to fit in at school, Mari feels her current state of affairs is as incomplete as her grade in photography class.

To complicate matters further, she strategically avoids social situations, often hiding behind her smartness. She sets her sights on applying for early decision at Yale (one of “America’s Best”), where she expects to find her tribe.

When a bicycle accident throws her head over tea kettle into a thicket of trees, resulting in “an instant goose egg” on her skull, her dreams change abruptly. Initially, she’s rescued by a boy and a girl dressed in the kind of bohemian clothing that would be sold at a “Hare Krishna”-type store in San Francisco, not in Marin County where she lives with her mother.

Despite her gephyrophobia (fear of bridges, even the Golden Gate), her fear of driving, and her fear of relationships, especially those of the romantic kind, Mari joins this small group of hippies who have their own rock band dreams. Together with their lead guitarist, Jimmy, these new friends sweep her off in their VW van into 1967, the Summer of Love, where she’s forced to take risks she readily admits are not in her wheelhouse.

And from that moment on, dear reader, just go with the flow, let it all hang out, and allow Malden to work her magic.

Lucky for us, it takes a while for Mari to figure out that she’s been transported into another era. And so are we. Malden takes us back in time tapping into our experiences, cleverly juxtaposing cultural phenomena of the “sixties” with those of today. She saturates the pages with evocative references to well-known rock bands, memorable songs, and the Vietnam War. Reminiscent of Marty McFly’s out-of-context expressions in Back to the Future, when Mari exclaims, “Been There, Done That,” it’s misconstrued as a possible name for the band.

As the past becomes Mari’s present, and her future appears out of reach, Mari wonders if there’s something wrong with her. “I never thought much about what or who came before me.” And it is through Mari’s touchstone—the camera, which preserves memories—that she comes of age. “Memory’s a funny thing,” Mari reflects. “It’s all we really have of the past. But when I was in the past, it was all I had of the future.”

Certainly, this story could’ve been titled Yesterday, and it would’ve fit. But I bet you can’t say Shine Until Tomorrow without launching into song. And I bet Carla Malden knew that too. My recommendation is to get this book, put on your favorite sixties playlist, and simply Let It Be.