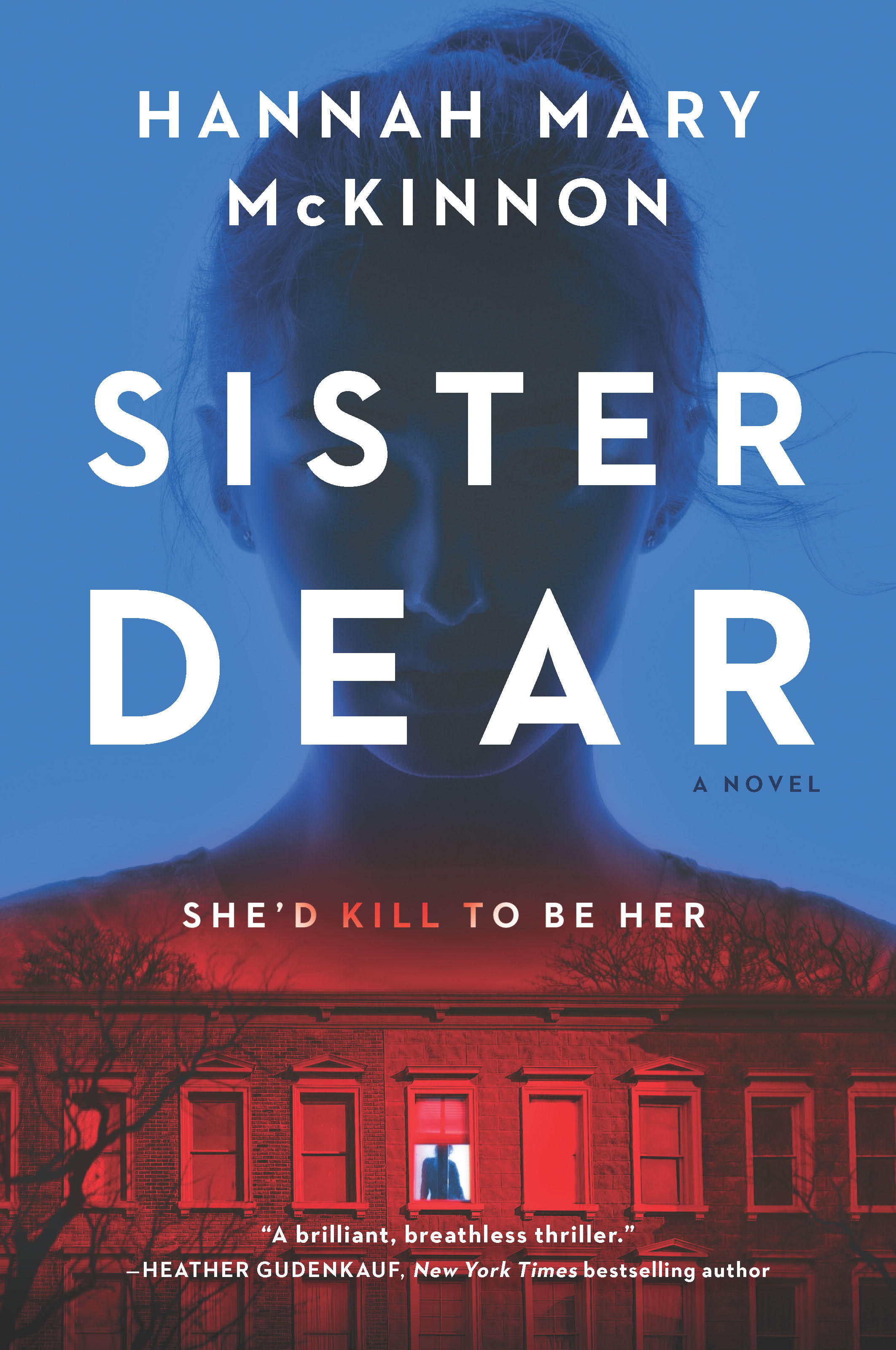 A thriller turned upside down in Sister Dear

The sibling rivalry story in Sister Dear (Mira) by Hannah Mary McKinnon is as old as Cain and Abel. The difference is McKinnon throws a howitzer into the plot, turning this contemporary thriller unexpectedly inside out and upside down.

Its title and cover sub-text, “She’d kill to be her,” lure us into a mystery that we, as expertly trained readers, expect we’ll solve within the first fifty pages. Bring it on, McKinnon! We got this!

Eleanor Hardwicke, the protagonist, isn’t so hard to figure out. Except for the close relationship she’s had with her adoring father, Eleanor grew up in a dysfunctional family, with a deceitful, selfish mother and competitive, delusional sister. So, when her father lays dying and she discovers he wasn’t her real dad after all, it makes perfect sense she’d freak out.

Thrust into a sudden state of sheer disillusionment, Eleanor’s cravings go beyond food—she yearns for what she’s never had—a normal family and all related perks—and she’ll go to any and all inappropriate lengths to fulfill her dream.

Compulsive by nature, Eleanor first sets out on a mission to connect with her biological father, Stan Gallinger, who just happens to be a prominent business and dedicated family man in town. After she confronts him, he rejects her for the second time in her life. But, that’s okay, all’s not lost. He’s not Eleanor’s only newly-found relative.

There’s Victoria, her half-sister. Slender, wealthy, successful Victoria. A blood-relative who has everything Eleanor doesn’t, including a hunk of a husband. If only she could become chummy and close with Victoria. If only her half-sister would welcome her into the family and convince Stan to accept her as his daughter in front of God and everybody.

When Eleanor stalks Victoria, our Spidey sense leaps into overdrive. When she ventures even further, embedding herself into Victoria’s social life, business enterprise, and marriage, we predict Eleanor’s scheme might not end well. After all, she and Victoria aren’t playing dolls, and McKinnon’s spewing enough breadcrumbs to make a meatloaf.

But before this story is fully baked, McKinnon’s master class in character development turns the theme of sibling revenge upside down. Not only do we not know who’s been killed, we don’t know whodunit, or why’d they do it…until the bitter end. Which, reader dear, is what makes Sister Dear an incredibly delicious thriller and mystery to sink into, especially now when dystopian novels or even some non-fiction reads may feel too close for comfort.